Welcome to Iceland - We'll Get You Naked

Three years ago I took my first dip in a geothermally heated Icelandic pool; Sundhöllin if I remember correctly. It was winter. I walked on snow and ice and lived to tell the tale. I even survived the cubicle-free changing rooms. American by birth, I had spent the previous thirteen years living in Britain. I arrived in Iceland terribly body conscious. The cultures make us so. It’s not something naturally occuring, because naturally we’re all naked. It is possible to change at any point in your life. If you want to.

As I left the pool’s changing room shrouded in my towel, bathing suit clutched between the fold, to my horror I gradually realised that there were no private shower cubicles. Only a group space which was already quite full of naked, soapy women. I was aware that we had to shower with the complimentary soap without our bathing suits. I saw the signs and read them and felt a bit queasy as I did. I was going to have to rub my private parts with my soapy hands and rinse them in front of other human beings, with whom I was not intimately acquainted. 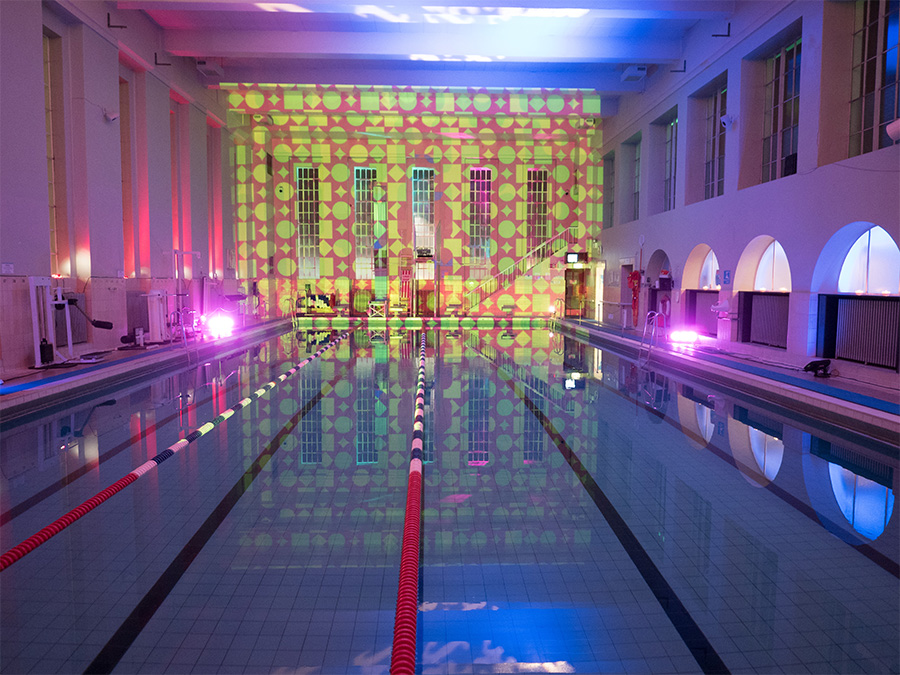 I froze for a moment in the intersection of shower room and dry room attempting to hatch a plan. I watched people fold their towels and place them in metal racks before entering the showers. Without their towels. Without their suits. Without shame. I surrendered and dropped my towel off in its metal cubbyhole and headed for the hot water.

I’d like to erect a sign over the cashier window of every Icelandic pool: “Welcome to our pool. Please leave your shame here” because in Iceland there is none. Not around basic nudity at least. They don’t even get our sitcom jokes because they are mercifully free from the mentality which finds anything funny or shaming about being naked in front of one another. However something altogether different happens when sex is involved. I hear Icelanders require large quantities of alcohol for comfort. I suppose they are not alone there.

Anyhow, I digress. As a reaction to the aquatic aspect of Icelandic life and culture and based on my experiences as a frequent swimmer in both British and American pools I wrote an article. Originally published in the Grapevine Magazine in 2014, it captures the period of time when I realised it was awesome to be shamelessly naked and even better to be clean before getting into what is essentially a large bath with lots of other people. I’ve updated the article but kept in the classic parts which are as classic things tend to be, timeless. 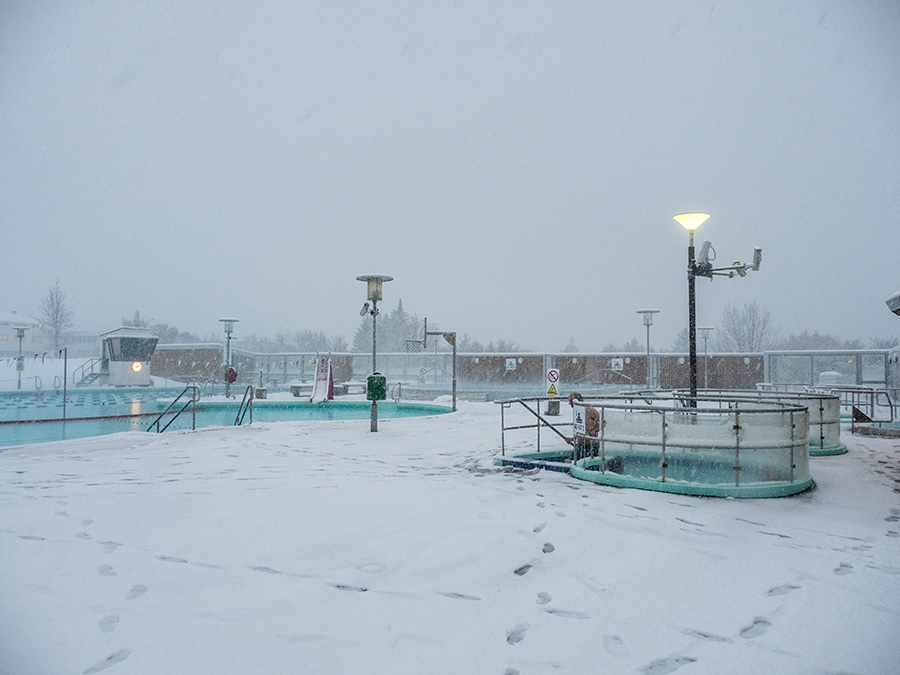 “Do we have to shower naked at this one or can we get in it dirty, like pigs?” asks my mother, on our way to swim at the London Fields Lido swimming pool in Hackney, London. My mother is a native New Yorker born on the island of Manhattan. I am American by birth but British by naturalisation (I’ve lived in the UK for nearly half my life). We have just returned to London from a week in Reykjavík, making that my eighth week this year. We swam nearly every day, and the first time I felt compelled to explain ahead of time that you must shower, naked, with soap, before you’re allowed anywhere near an Icelandic swimming pool. My mother, unsurprisingly, looked a little worried.

What is the deterrent to showering naked before getting into a pool - to being naked in the company of others, for that matter? Of the same sex? The only times the Americans or British are ever really naked in front of other people for an extended period of time is during sex or at the doctor’s, and neither is always absolutely comfortable.

For Americans there is a built-in cultural self-consciousness that borders on shame. Like our language, we get it from the British. Icelandic friends have recounted their bemusement at an episode of ‘Friends’ where Joey walks out into the living room naked and everyone violently recoils, shouting for him to go put some clothes on. This doesn’t translate to Icelandic.

In the Icelandic locker rooms, and I can only speak for the women’s, one can usually recognise the uninitiated Americans (and the British for that matter) by the towels they wear to walk to the showers. As if our modesty, protected until the showers, will be preserved in them. I can understand, though. My first time in an Icelandic swimming pool I was acutely aware of my shyness. Feeling uncomfortable but being adaptive, I pretended to be invisible and got on with it, without a towel. However by this time around, being a regular swimmer in Iceland, I am over the nudity. 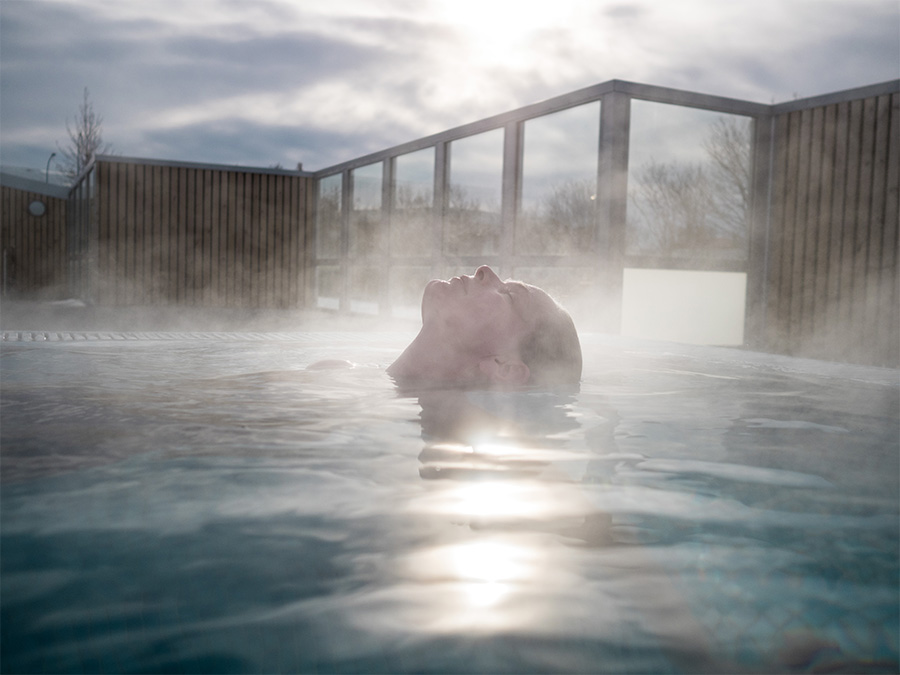 I confirmed this beyond any shadow of a doubt over the summer when I ran into a woman I met at Kiki bar (a gay bar in Reykjavik) in the showers. She had texted me at 5 o’clock one morning, but I never texted her back. That’s potentially embarrassing enough with clothes on. However, we had a full discourse about what happened and why. All as she was shampooing her hair and washing her breasts and I was standing before her stark naked, keeping warm from the steam in the room.

The London Fields Lido is a 50 meter swimming pool with six lanes. It has a grand total of five outdoor showers with inadequately timed pushbutton-operated ”on” cycles, as well as three indoor showers in the women’s changing room. I suspect there are the same amount in the men’s. That’s eleven total showers for a facility supporting over 500 swimmers a day. Not one shower has complimentary soap. Besides common sense, what better way is there than this to encourage people to wash?

“When you think about it, people are not clean when they go into pools. I go under [the pool showers back in America] with a little trickle of water to get wet so they don’t tell me to shower, and I don’t use soap,” my mom remarked. “It’s healthy that people are made to wash their assholes and their genitals and under their arms. (Also their feet and heads.) It shows a societal value. It shows that society values cleanliness.” On sunny days at the Lido the water is clouded with sunscreen, sweat, and whatever else. Since my time in Iceland it has become difficult for me to blissfully ignore this while doing the front crawl. As a result of the lack of hygiene it comes as no surprise that pool chlorine levels in the UK are higher than they are in Iceland.

There are so many advantages to Icelandic pools and I’ve not even started on the geothermal angle. People take their shoes off before they go inside the changing room for one. For two they dry themselves off before they return to the changing room. Sensibility aside, the lack of “modesty” cubicles means that we see each other’s bodies. Real bodies. Not airbrushed bodies. Ones of all shapes and sizes with folds, zits and cellulite, varicose veins, beautiful and bizarre, you name it. And as a result we accept ours a bit more. The first time I was in an Icelandic locker room, I exclaimed to myself, ”oh, so that’s what other women look like.” What a relief. So if you swim in Iceland, follow the rules, and if you see someone shying away from them, feel free to gently usher them towards civilisation. I don’t want to swim in their funk either.

(an earlier version of this article was published in the Reykjavik Grapevine in December, 2014 - ed.)

This is the ultimate tour for a day in the hot springs of the Icelandic highlands.

Horseback riding to the hot springs around the village of Hveragerði.

This is the ultimate tour for a day in the hot springs of the Icelandic highlands.

Horseback riding to the hot springs around the village of Hveragerði.