The Golden Circle Superjeep Adventure with a Snowmobile Option 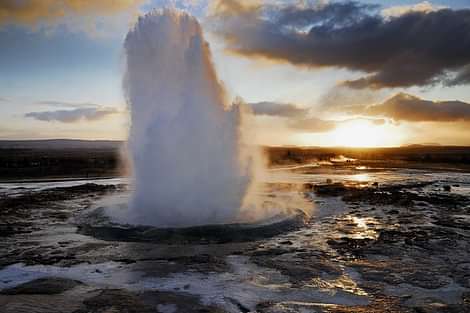 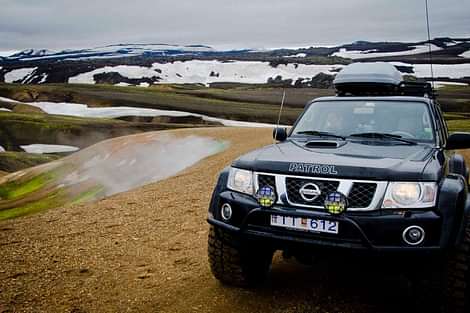 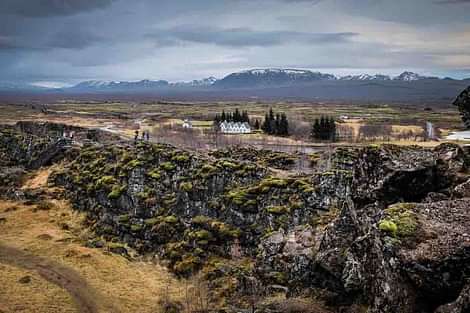 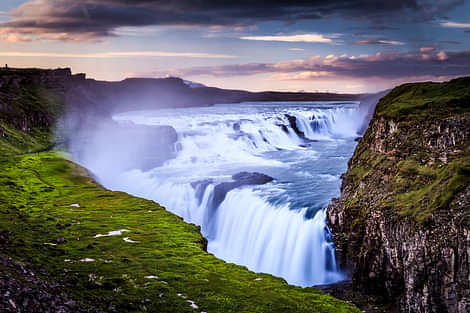 By combining history and geology with a breath-taking look at the various states of earth’s most vital resource, water, this tour has it all.  We journey from lakes and geysers to waterfalls and glaciers.

Our trip begins with a stop, roughly 40 minutes into our journey, at Thingvellir National Park – which is a UNESCO World Heritage Site. Not only does Thingvellir represent the setting of the world’s oldest parliament, the Althing, it’s also located in the middle of the Mid-Atlantic Ridge, where the tectonic plates of North America and Eurasia come together forming fissures and crevices along with Iceland’s largest natural lake, Thingvallavatn. The fissures of the valley are a must see for all visitors to Iceland and is one of two places in the world where the tectonic plates are visible from land, the other being the Great Rift Valley in Eastern Africa.

Thingvellir is also the location where the world's oldest existing parliament was first held back in 930 A.D. Annually, chieftains gathered in Thingvellir in the summer month of June to discuss matters of concern in the chiefdoms, carried out sentences but above all, established rules and regulations to govern the land.

From Thingvellir our journey takes us the hot spring we call Geysir (the geyser from which the word is derived). Although Greysir itself has been relatively dormant in recent years, its neighbor to the south, Strokkur, gushes hot water every few minutes allowing plenty of time to set up for the next photograph or as of 2010, a selfie. Just over a hundred years ago, Geyser erupted every hour but an earthquake rendered it dormant. Regardless of it's inactivity, the geothermal area around Geysir is still one of the most exciting places to see when traveling around Iceland.

Continuing our journey to Gullfoss, or Golden Waterfall, which is the next stop on the Golden Circle Adventure.  This spectacular waterfall in the Hvítá River is as magnificent when partly frozen in the winter time as it is fluid in the summer. Further to the north we travel and our next point of interest is Langjokull, the second largest glacier in Iceland.  Why not include a snowmobile tour for added adventure?

Private tours are also available for this adventure.

1 hour snowmobile adventure will be an additional ISK 28.200 for single rider on snowmobile and ISK 22.200 per person for two people per snowmobile

Appropriate attire as in layers i.e. something wind and rain proof and something warm, waterproof/resistant shoes/boots
$ 279 10 Hours , Easy
Check availability