Snowmobile and Sightseeing by Helicopter 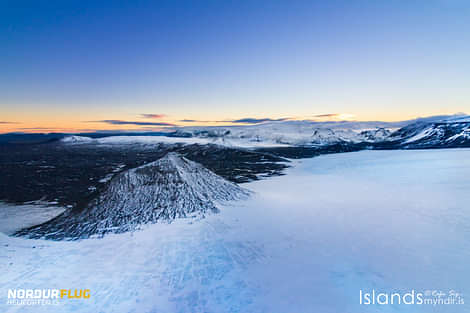 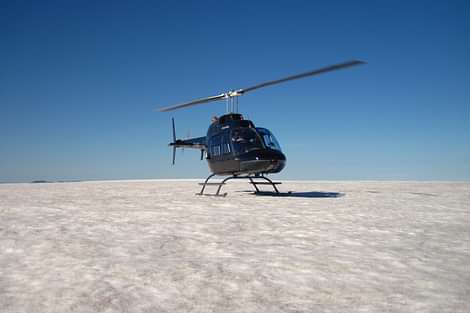 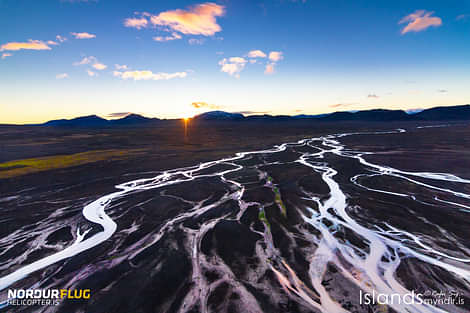 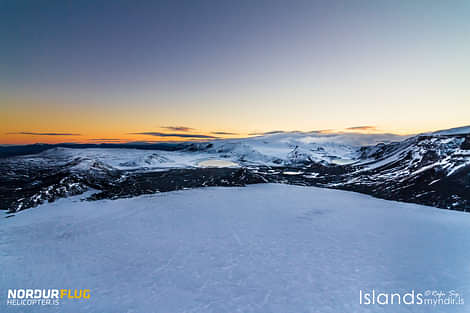 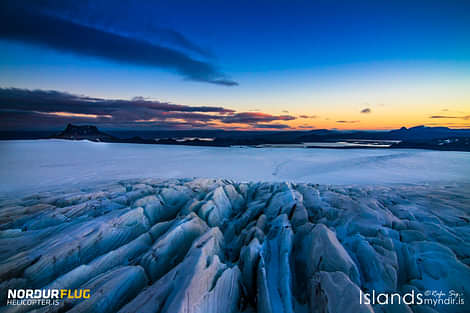 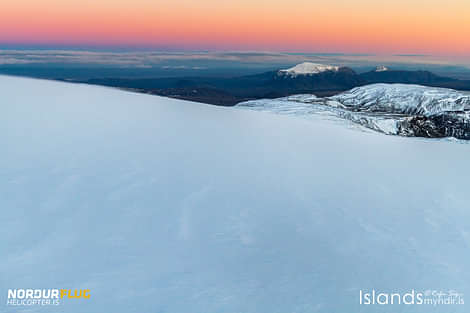 Combine some truly amazing sightseeing with a chance to land on a glacier and ride some high speed snowmobiles!

This is a “meet on location” tour in which you will be meeting up at the Reykjavik domestic airport.

Once there you will be whisked away by helicopter over the popular Golden Circle route. You will see Þingvellir national park, Geysir, Gullfoss and a few more as you make your way to the Lanjökull glacier. Once there you will land on the glacier surface and hop on a snowmobile for a thrilling ride across the surface of the glacier.

The day doesn’t end there though as following all of this you will board a super jeep which will take you back to the city and allow you to see all of the golden circle areas you saw from the air, from an entirely new perspective!

Þingvellir (or Thingvellir) is an area of great natural beauty but it also contains a strong historical significance to the country as a whole. Within this site you can see the location of the world's first parliament. The spot where the American and Eurasian tectonic plates are separating as well as a number of other historical buildings. All of this and we have yet to even mention how stunning the nature is here!

The great Geysir is an erupting hot spring. The english word Geyser actually derives from the name Geysir as this was the first geyser to be mentioned in print in Europe. Sadly the great Geysir no longer erupts of its own power but thankfully there is a geyser called strokkur very close by that goes off fairly frequently.

Gullfoss, or the golden falls, is a huge waterfall that drops a staggering 32 meters over two stages. It is fed from the white river which originates from Iceland’s 2nd biggest glacier. More than just a pretty site though Gullfoss also has an amazing history that involves foreign investors trying to harness its power and one young girl's amazing efforts to preserve the nature.

Langjökull, or the “long glacier” is the second largest icecap in Iceland. It is also the closest glacier to the city of reykjavik and sits at 4,000 ft (1,200 m) above sea level and its melt waters travel through subterranean streams to feed Lake Þingvallavatn

Please remember that this is a “meet on location” tour, you must make your way to Reykjavík Domestic Airport at least 30 minutes before tour departure.

The length of time this tour is broken down into the helicopter ride (90-120 minutes), The snowmobiling portion (1 hour), and then the ride home which will add another few hours.

Transportation will include Helicopters, Snowmobiles and a Super jeep. You must have a valid driver licence to operate the snowmobile.

Lunch is not included in the day.

90-120 minute helicopter tour with one landing

We recommend that you wear good shoes, warm jacket, a hat and gloves. It does cold not get cold inside the helicopter (similar to sitting in a car) but it can get cold and windy on Icelandic mountain tops.
$ 5,227 1,3 Hour , Very easy
Check availability