Fly over the amazing area of Lakagígar crater chain created in 1783, one of the largest eruptions in recorded history on the way over to Landmannalaugar, the beautiful valley between the mountains and enjoy seeing all the amazing colors the Icelandic high 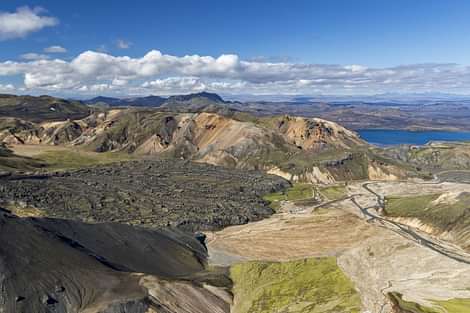 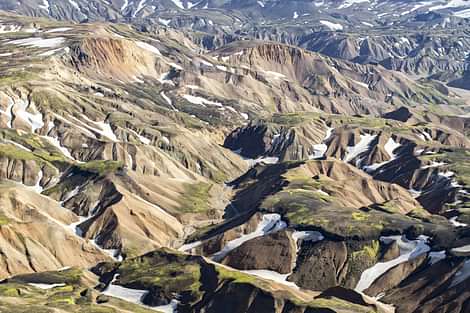 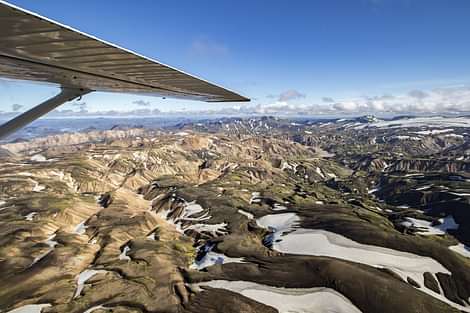 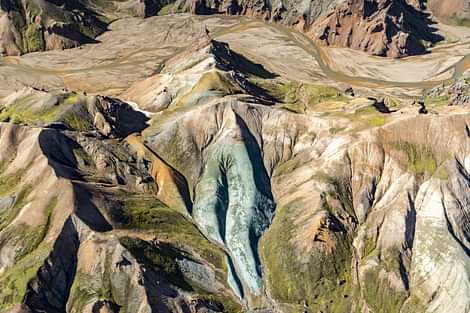 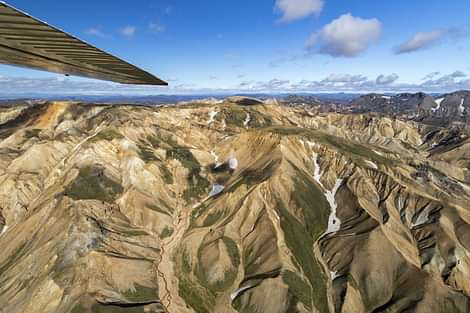 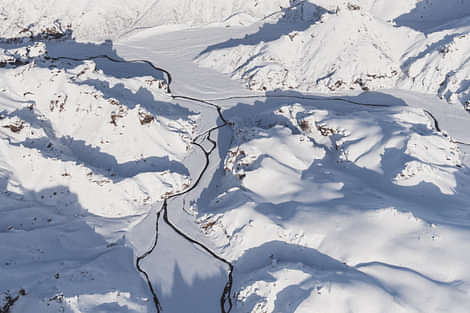 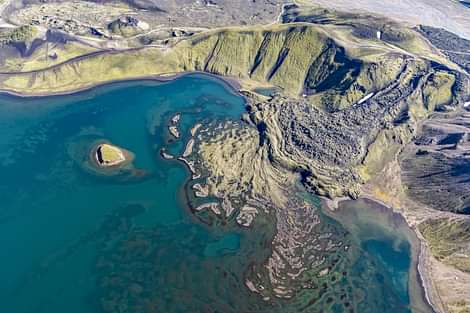 From highland nature reserves to serene lakes and volcanic craters, this is an epic journey of aerial sightseeing, exploring the vast wilderness of Iceland‘s unspoiled highlands.

On arrival at Skaftafell Terminal please check in at our reception, there you will meet with your pilot that will go over the flight route and perform a safety briefing before the flight. From our base at Skaftafell Terminal, we fly westbound towards the highlands, flying over Skeiðarárjökull, one of many outlet glaciers of Vatnajökull, Europe‘s largest glacier, on the way over to Lakagígar craters, Landmannalaugar and more.

From Skeiðarárjökull glacier we fly over Lakagígar crater chain. A 25 km long row of about 135 craters, formed in the years 1783-1784, during one of the largest volcanic eruptions in recorded history. During the 8-month eruption period, it is estimated it poured out 42 billion tons (14 km3) of basalt lava and clouds of poisonous gases and ash led to the death of 50% of Iceland's livestock and a third of the Icelandic nation died. Furthermore, the eruption in Lakagígar and its aftermath has been linked to some global events.

From Lakagígar we fly over to Landmannalaugar, the beautiful valley nestled right alongside the black Laugarhraun lava field, a large field of dried magma that formed in an eruption in 1477. Landmannalaugar is mostly known for its natural geothermal baths like the name suggests, the „people‘s pool“. These natural geothermal baths along with the unique windswept rhyolite mountains, with their various shades of pink, green, blue and golden yellow make this area amazing for snapping some photos from the air.

On our way back to Skaftafell, the black volcanic ash fields, mountain lakes, and glacial rivers provide even sharper color contrasts. You‘ll feel like you‘re flying in the middle of a beautiful painting. We fly over Eldgjá, the largest volcanic canyon in the world which dwarfs even Lakagígar in lava volume. The canyon is thought to have formed during a massive eruption in 934 that lasted for a couple of months.

During the flight, you might also get to see Langisjór, a 20 km long lake up in highlands, 670 m above sea level, Skeiðarárjökull glacier, Síðujökull glacier along with many beautiful spots west of Mýrdalsjökull glacier.

Once we land back at Skaftafell Terminal, we hope you got the chance to snap some nice photos and get a glimpse of the magical and diversified landscape the Iceland highland has to offer.