A Golden Circle tour guided in 10 languages combined with a hunt for the aurora. 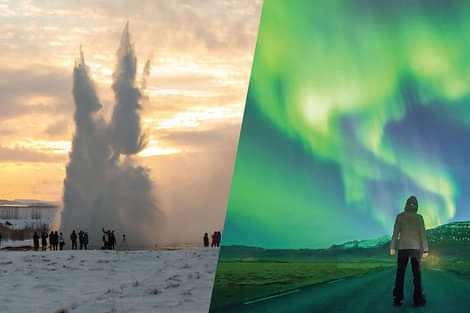 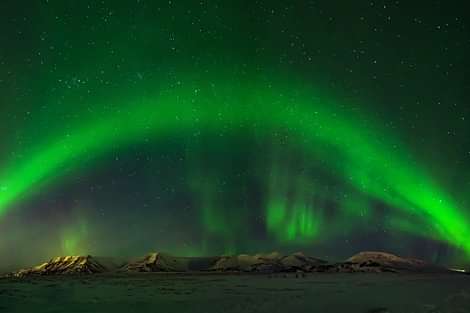 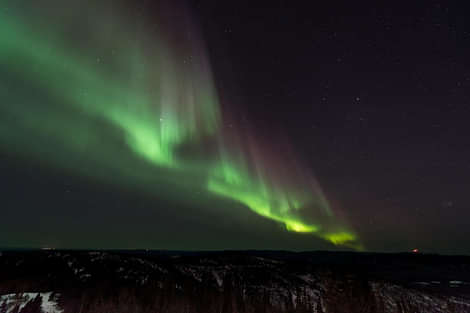 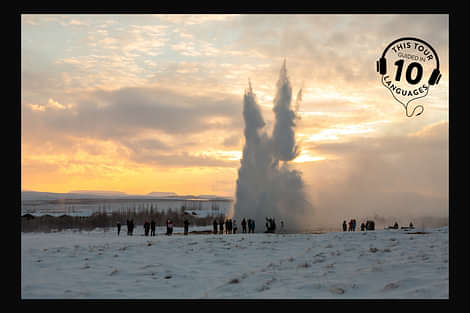 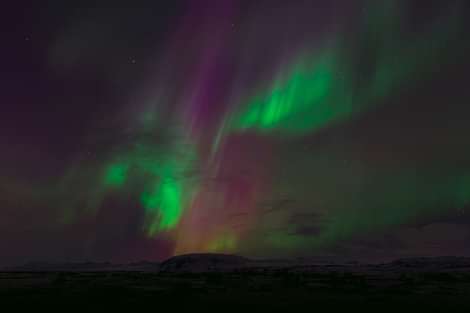 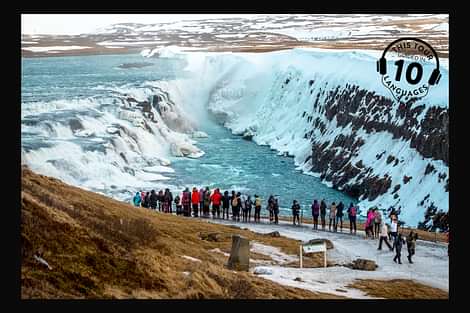 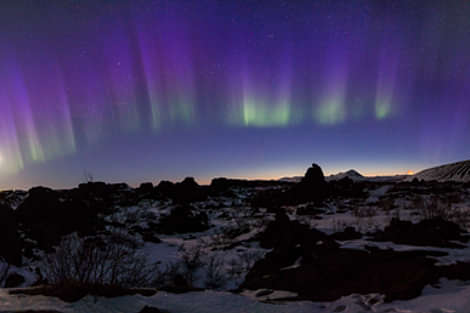 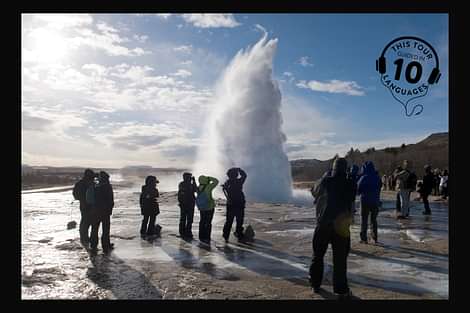 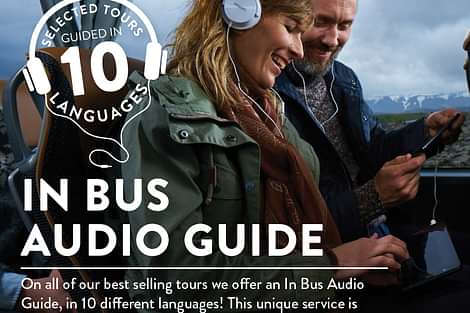 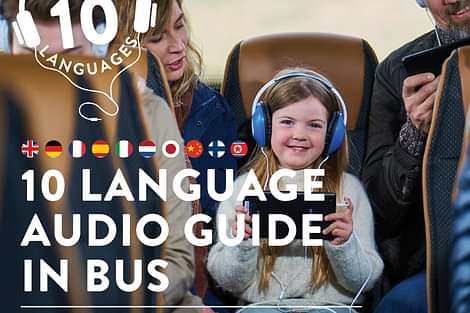 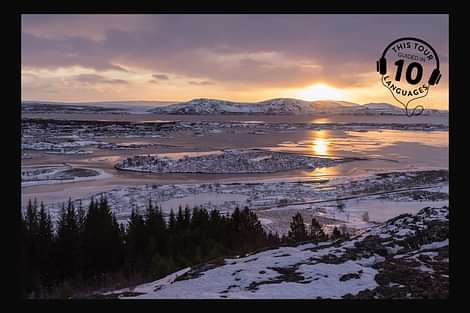 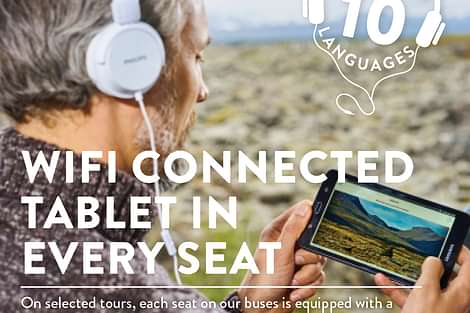 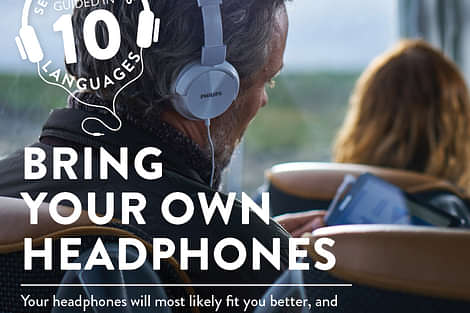 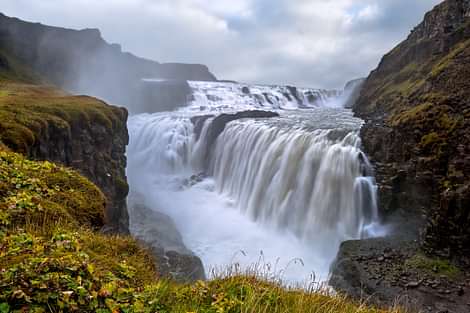 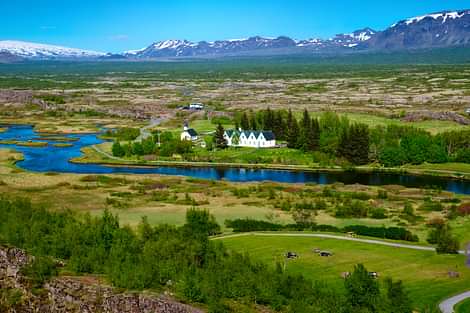 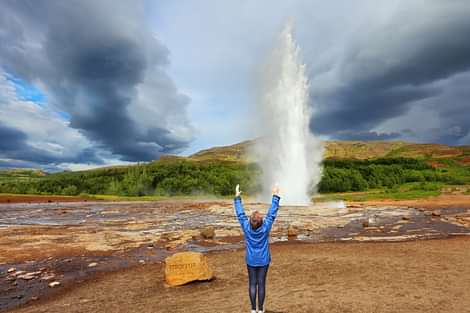 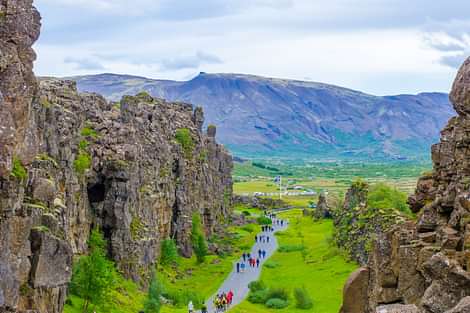 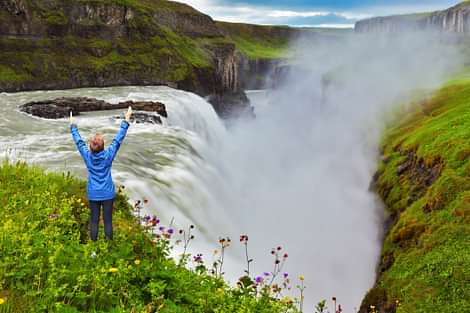 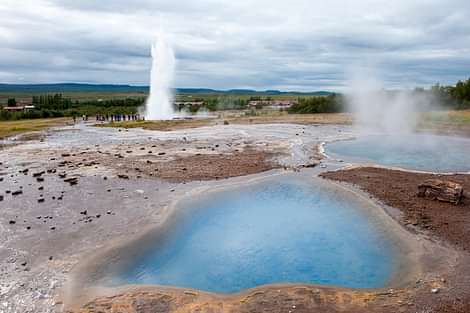 Starting off the day early we head out from Reykjavik, pick up is included in your price so you will be fetched from either your accommodation or the nearest pick up point in Reykjavik. Just let us know where to get you.

We will begin by traveling along the famous golden circle route in which you will have a chance to see Þingvelir national park, Geysir and Gullfoss waterfall. Following on from that we will hunt for a spot to try and get a good view of the elusive northern lights. Along the whole way you will be accompanied by a knowledgeable guide who will have plenty of wisdom to share. You will also have the ability to plug into our GPS activated audio guide that can give you even more information.

When we reach our destinations you will have plenty of time to take some photographs and walk around. When we reach the spot for the northern lights just let your guide know if you need help setting up your camera and we also have a tripod that can be borrowed.

Þingvellir (or Thingvellir) is an area of great natural beauty but it also contains a strong historical significance to the country as a whole. Within this site you can see the location of the world's first parliament. The spot where the American and Eurasian tectonic plates are separating as well as a number of other historical buildings. All of this and we have yet to even mention how stunning the nature is here!

The great Geysir is an erupting hot spring. The english word Geyser actually derives from the name Geysir as this was the first geyser to be mentioned in print in Europe. Sadly the great Geysir no longer erupts of its own power but thankfully there is a geyser called strokkur very close by that goes off fairly frequently.

Gullfoss, or the golden falls, is a huge waterfall that drops a staggering 32 meters over two stages. It is fed from the white river which originates from Iceland’s 2nd biggest glacier. More than just a pretty site though Gullfoss also has an amazing history that involves foreign investors trying to harness its power and one young girl's amazing efforts to preserve the nature.

The amazing natural phenomenon that occurs high up in the upper atmosphere when charged particles from the sun collide with the magnetic layer around the planet. Best viewed between 10PM and 2AM on a clear night! Also known as the Aurora or the Aurora Borealis

Pick-up can take up to 30 minutes. Please be ready at your pick up point with your voucher, either in digital or printed form.

Dress appropriately for the weather baring in mind that you will be out late at night so the temperatures can drop quite low. Further into winter you should also expect the possibility of snow or Ice so it’s important to wear sturdy shoes.

You will be traveling in a bus that holds up to 40 people, the bus is very spacious and comfortable however. There are no toilet facilities on the bus but you should expect frequent stops for anyone who requires such facilities.

This tour is 10.5 hours long including travel time and the time you spend on location.

Please note: that depending on your departure time there will be a 3-6 hour wait between your Golden Circle tour and your Northern Lights tour.

The ability for us to run this trip depends on weather conditions on the night.

The Golden Circle tour is 7.5 hours long including travel time and the time you spend at each location. You spend at least 45 minutes at the major stops giving you plenty of time to enjoy nature and to take some pictures. The Northern Lights portion of the tour is about 3 hours.

For the In-Bus-Audio-Guide: Bring your own headphones. Otherwise headphones are available for purchase in every bus from our hosts.

For your comfort: Dress according to weather. In Iceland it is always wise to dress in warm waterproof clothes. Weather changes can be sudden so be prepared for all weather conditions. Waterproof jacket and pants, headwear and gloves, and warm socks/waterproof shoes are recommended, especially since we will be outside at night during the hunt for the northern lights.